Anyone who has ever played slots in online casinos will be familiar with Mega Moolah. Known as the Millionaire Maker, it arrived on the scene in 2006. It took less than 2 years to justify that name, paying out $5,556,753 to a player in 2008. Since then, the jackpots have continued to flow, paying out over $1 billion in prizes. It is listed in the Guinness Book of Records for the biggest online progressive jackpot payout.

Features of The Online Slot

Microgaming’s most famous release is a 5-reel, 3-row slot with 25 paylines. The minimum bet per spin is 0.1 up to a maximum of 6.25. Although it has wilds, scatters, and free spins, the best feature is the progressive jackpots. The basic RTP is less than 88.12%, which is quite low for an online slot. However, 8.80% of this contributes to the progressive jackpot, giving a Jackpot RTP of 96.92%.

Landing 3 or more scatters will begin the Free Spins feature. While visually nothing changes with the reels, there is one major difference – all your wins now have a 3x multiplier. And what’s more, if you land 3 scatters during the bonus round, the spins re-trigger. The maximum win is also tripled during this round, from 75,000 coins to 225,000 coins.

The gameplay in this slot is straightforward, and the wilds and scatters offer many ways to win. The free spins are great too, but there is one bonus round every player wants to trigger. The Jackpot Wheel is what creates the big winners, and this is why so many people play this slot game. No review of Mega Moolah would be complete without covering the progressive jackpots.

Many players of Mega Moolah are surprised by the old-school graphics. It has not changed much since 2006, showing just how popular the slot is. The symbols follow an African theme, with animals as the main symbols. The lower value symbols are the standard five playing card symbols from 10 to Ace. The best symbols to hit are the lion which represents the wilds, and the monkey which represents the scatter symbol.

The lion symbol is wild and can substitute for any of the other symbols. It is also a 2x multiplier. Landing successive lions across the reels will also trigger a cash prize of up to 15,000 coins.

The monkey symbol represents the scatter. It triggers a cash prize when you get 2 or more anywhere across the reels. Furthermore, get 3 monkeys across the reels to access the Free Spins round where you can win up to 225,000 coins.

There is a reason that Mega Moolah is one of the most popular casino games. It features not 1, but 4 Jackpots and the Jackpot Wheel triggers completely at random. So there is no way to know when it will happen and everyone who spins has a chance to win it. However, the more you wager on each spin, the better your chances become.

There are 4 different Jackpots available. The Mini Jackpot offers a very small reward, but at least you can say you hit the Jackpot Wheel. The Minor Jackpot offers a better reward, but you will still be wishing for the bigger prizes. There are three segments with the Major Jackpot, and prizes here begin at $10,000. But the real money comes from the Mega Jackpot. It starts at $1 million and can reach staggering heights of around $20 million.

The Biggest Jackpots Ever Won

The biggest ever win on a slot machine occurred in 2003, when a 25-year-old software engineer hit an incredible $39,710,826. The biggest online slot wins belong to none other than Mega Moolah. This places them in the top 5 overall for all types of slot machine jackpots. Some notable Mega Moolah wins include: 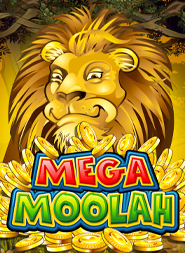 Mega Moolah is one of the easiest online slots to play. The bonus rounds trigger automatically and are very easy to follow. The main tip to win big at this slot is to make sure you make the most of each spin. While you can wager 0.01 on a single payline, this really limits your chances of winning, so we would recommend playing at 25 paylines. Also, while the Jackpots can trigger at any time, they are more likely to occur with a bigger bet. In 2015, Jon Heywood won a staggering £13,213,838 from a wager of £0.25.

Mobile Optimization – Playing on the GO!

Nowadays, most online casino slot games are mobile compatible, and Mega Moolah is no different. It looks great on any mobile device and has all the same features as the desktop version. In fact, since creating the mobile version, over 60% of the Mega Jackpot winners were using a mobile device. This is not to say that your chances are higher when you play the mobile version but shows that more people prefer to play on a mobile device. You can play it via a web browser without any need to download anything.

With the success of the original Mega Moolah, it was no surprise to see several variations become available online. They all follow the same rules and offer the same jackpots.

2009 saw the release of Mega Moolah Isis, which would go on to become the most popular variant of the series. It has an Egyptian theme and features the Mother Goddess as the central character. The Hawk is the scatter symbol and hitting 3 of them awards 20 spins in the bonus round, and 5 Hawks nets you 30 spins. A gamble feature allows you to gamble your winnings by guessing the color of a card.

The theme for this variation centers around an American road trip. The background features a desert and a clear blue sky. The lower value symbols are replaced with items from American culture such as cheeseburgers, coffee, pie, and fries. The higher value symbols feature car memorabilia like fluffy dice. A road sign replaces the wild symbol, but there are no multipliers attached. A police car takes the place of the scatter, but awards fewer spins than the original.

The third slot in the online series offers a summer theme. It differs from other versions by being a simpler version of the slot, featuring 9 paylines. The symbols are replaced by the fruit symbols you find in many of the early slot machines. They include oranges, cherries, melons, strawberries, and the famous 7’s. While the gameplay is simpler, the 4 progressive jackpots remain the same, making it a relaxing way to aim for the jackpot.

Microgaming is a pioneer in the industry, who starting developing online casino software way back in 1994. They have secured their spot as one of the leaders in online gambling and provide casinos with many award-wining slots, some of which include:

Fun Facts About The Game

When Mega Moolah first arrived on the scene, it promised mega prizes. But as with any progressive slot, it took some time to build up and it was almost 2 years before the first major jackpot. This jackpot had a €0.50 stake. In fact, many winners had a 0.25 stake, showing that anyone can win.

Mega Moolah On The News

While Mega Moolah has hit the news many times, the most famous story has to be Jon Heywood’s win. A retired soldier, he became famous after winning an incredible £13,213,838 from a 25p stake.

There is a very valid reason this slot is called the Millionaire Maker. At the time of writing this review, it has created over 70 millionaires. This includes a 7 month period that produced 7 millionaires, and 2 lucky winners became millionaires over the span of 2 days.

Can I Join The Millionaire Club by Playing Mega Moolah?

While there are many famous names in the world of online slots, few will ever be as big as the Millionaire Maker. While playing slots can be fun, every player dreams of hitting the Mega Jackpot. The game has not changed since its release in 2006, which shows the popularity that this game has. While the chances of winning the Mega Jackpot may be very small, past winners are proof that anyone can win, even with a small wager.

See below for our recommendations of the best online casinos where you play this iconic slot machine. Also, check out the bonuses and promotions as they may be some free spins up for grabs.

Some of the most common questions we get asked about Mega Moolah include:

Who is the software developer of the game?

Microgaming released this title in 2006, and then released some variations a few years later.

What is the RTP rate?

How many pay lines are there?

This slot features 5-reels and 25 paylines.

What is the biggest jackpot ever won from Mega Moolah?

Has the game won any awards?

Microgaming has won some of the world’s most prestigious awards, many of them because of this particular game.

What are the chances of hitting the jackpot?

While in reality, the chances of hitting the jackpot are incredibly minute, many of the 70+ millionaires won with a very small stake.

Other Demo Slots You Can Play @ Best Reviews

Read our Slot Game Reviews and then play for Free!